"Dungeons towns are built by Warlock and Overlord hero types to act as bases from which to wage campaigns of conquest for wealth and power. Similarly minded creatures are attracted as allies. Other Dungeon creatures are in thrall to their masters. Dungeon armies are possessed of a variety of long range attacks, have effective damage dealing troops, and have the ability to greatly disrupt the strategies of their enemies." RoE manual 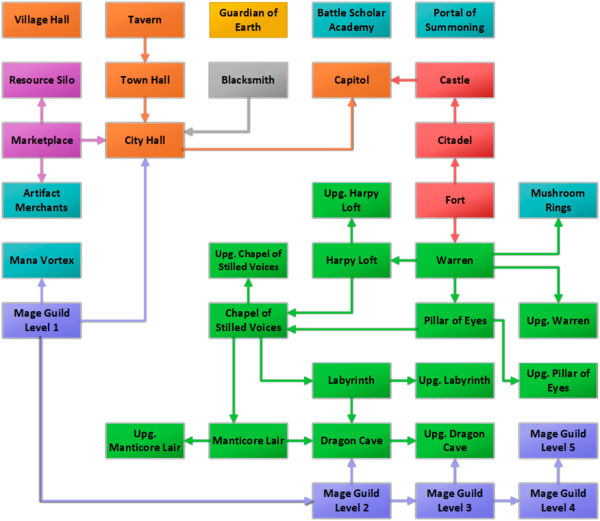 Water Magic are not available for overlords.

are not available for warlocks.