Inferno is an evil alignment town with the demoniac and heretic hero classes. Inferno represents Eeofol.

"Inferno towns can be found in Erathian regions blighted by the emergence of the underworld on the surface. Demoniac and Heretic heroes stand in uneasy alliance with these towns. Inferno armies have great hand-to-hand attack units and are only slightly hampered at the lower levels by a lack of flying units until the awesome, teleporting devil and arch devil units can be brought into play." RoE manual 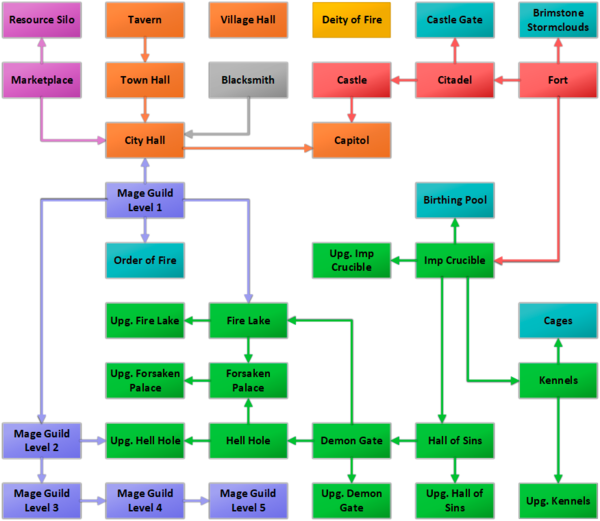 Necromancy is not available for demoniacs.

are not available for heretics.