Difference between revisions of "Restoration of Erathia Manual Page 48" 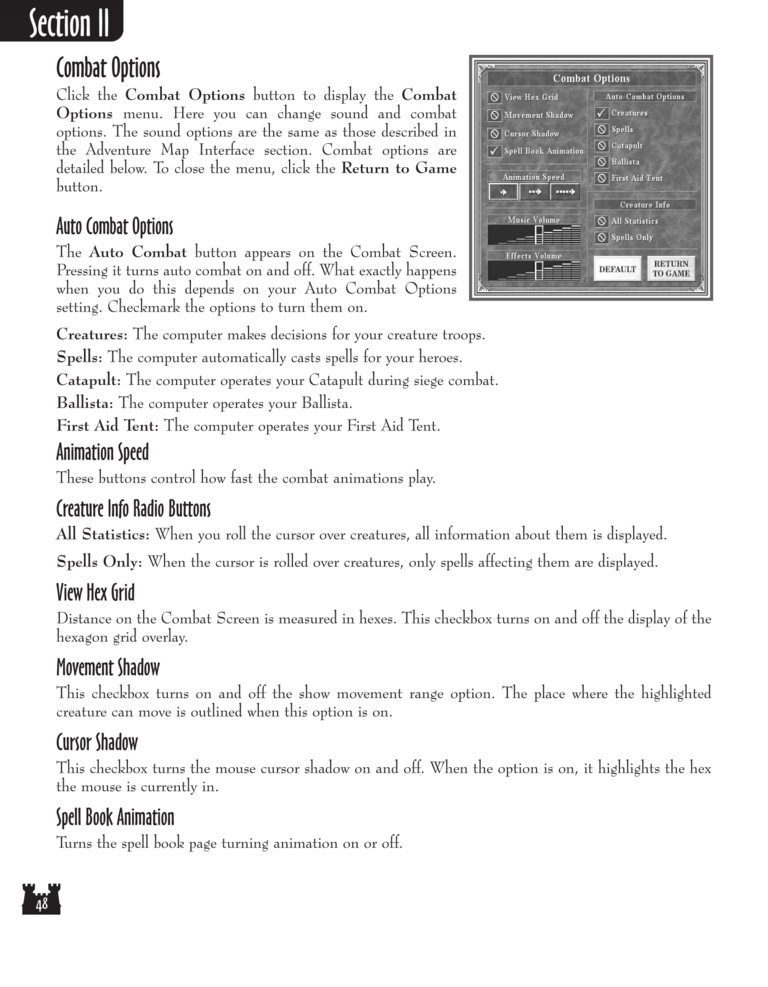 Click the Combat Options button to display the Combat

Options menu. Here you can change sound and combat

options. The sound options are the same as those described in

detailed below. To close the menu, click the Return to Game

The Auto Combat button appears on the Combat Screen.

Pressing it turns auto combat on and off. What exactly happens

when you do this depends on your Auto Combat Options

setting. Checkmark the options to turn them on.

Creatures: The computer makes decisions for your creature troops.

Spells: The computer automatically casts spells for your heroes.

Catapult: The computer operates your Catapult during siege combat.

Ballista: The computer operates your Ballista.

These buttons control how fast the combat animations play.

All Statistics: When you roll the cursor over creatures, all information about them is displayed.

Spells Only: When the cursor is rolled over creatures, only spells affecting them are displayed.

Distance on the Combat Screen is measured in hexes. This checkbox turns on and off the display of the

This checkbox turns on and off the show movement range option. The place where the highlighted

creature can move is outlined when this option is on.

This checkbox turns the mouse cursor shadow on and off. When the option is on, it highlights the hex

the mouse is currently in.

Turns the spell book page turning animation on or off.