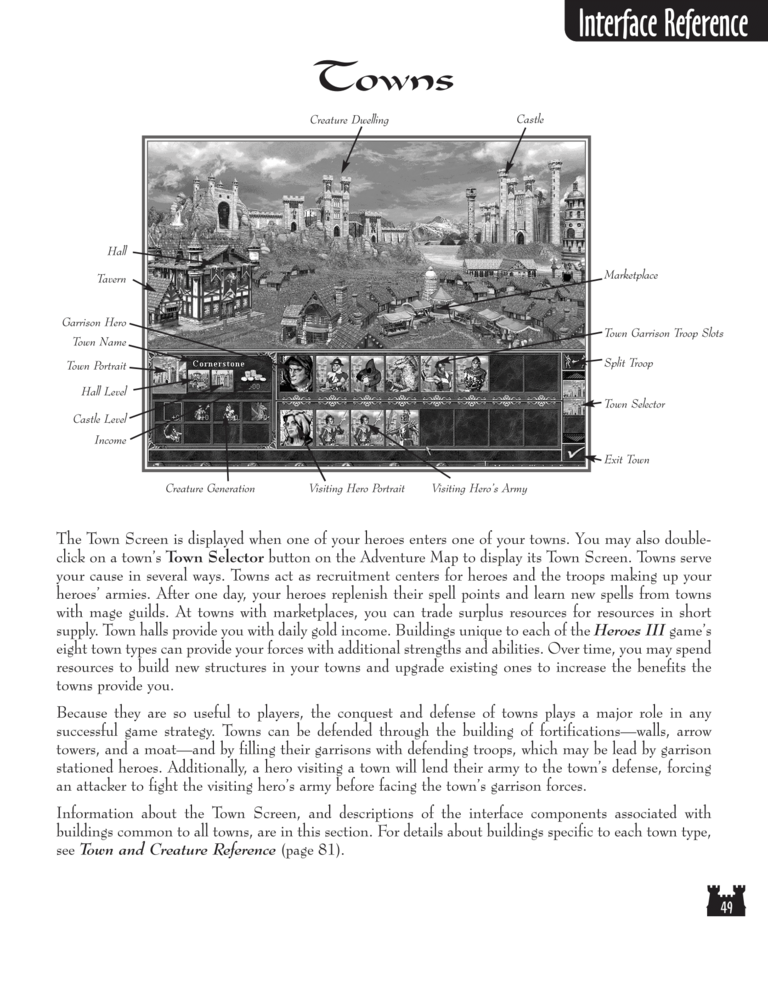 The Town Screen is displayed when one of your heroes enters one of your towns. You may also doubleclick on a town’s Town Selector button on the Adventure Map to display its Town Screen. Towns serve

your cause in several ways. Towns act as recruitment centers for heroes and the troops making up your

heroes’ armies. After one day, your heroes replenish their spell points and learn new spells from towns

with mage guilds. At towns with marketplaces, you can trade surplus resources for resources in short

supply. Town halls provide you with daily gold income. Buildings unique to each of the Heroes III game’s

eight town types can provide your forces with additional strengths and abilities. Over time, you may spend

Because they are so useful to players, the conquest and defense of towns plays a major role in any

successful game strategy. Towns can be defended through the building of fortifications—walls, arrow

towers, and a moat—and by filling their garrisons with defending troops, which may be lead by garrison

stationed heroes. Additionally, a hero visiting a town will lend their army to the town’s defense, forcing

an attacker to fight the visiting hero’s army before facing the town’s garrison forces.

Information about the Town Screen, and descriptions of the interface components associated with

buildings common to all towns, are in this section. For details about buildings specific to each town type,