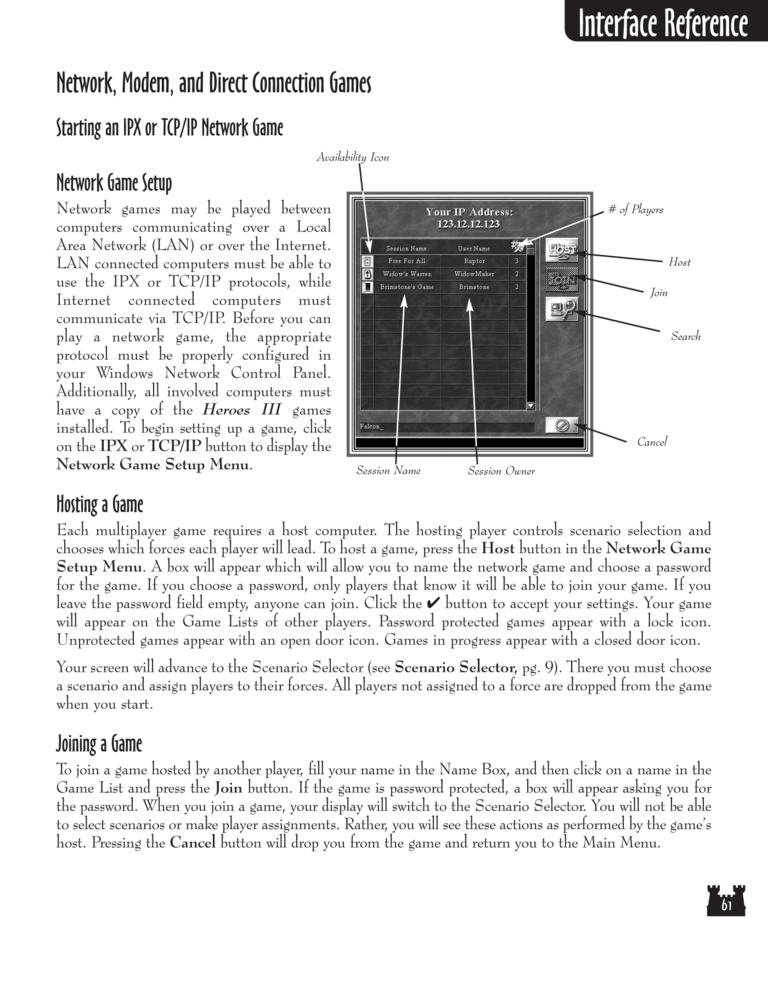 Network games may be played between

computers communicating over a Local

Area Network (LAN) or over the Internet.

LAN connected computers must be able to

use the IPX or TCP/IP protocols, while

communicate via TCP/IP. Before you can

play a network game, the appropriate

protocol must be properly configured in

Additionally, all involved computers must

have a copy of the Heroes III games

on the IPX or TCP/IP button to display the

chooses which forces each player will lead. To host a game, press the Host button in the Network Game

Setup Menu. A box will appear which will allow you to name the network game and choose a password

for the game. If you choose a password, only players that know it will be able to join your game. If you

leave the password field empty, anyone can join. Click the ✔ button to accept your settings. Your game

will appear on the Game Lists of other players. Password protected games appear with a lock icon.

a scenario and assign players to their forces. All players not assigned to a force are dropped from the game

To join a game hosted by another player, fill your name in the Name Box, and then click on a name in the

Game List and press the Join button. If the game is password protected, a box will appear asking you for

the password. When you join a game, your display will switch to the Scenario Selector. You will not be able

to select scenarios or make player assignments. Rather, you will see these actions as performed by the game's

host. Pressing the Cancel button will drop you from the game and return you to the Main Menu.