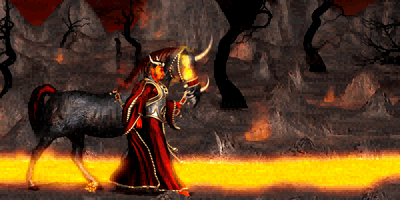 Vorr had imprisoned the other Ancestors somewhere on the desolate Fiery Moon, and as Tarnum set foot on the scorched soil he felt the Ancestors' pain. They were dying, and with them he would die too.

Tarnum must defeat Xyron, the Jailer, to free the Ancestors from their magical prison. All Heroes are limited to level 24, and two of Tarnum's best Captains will carry over to the next map.