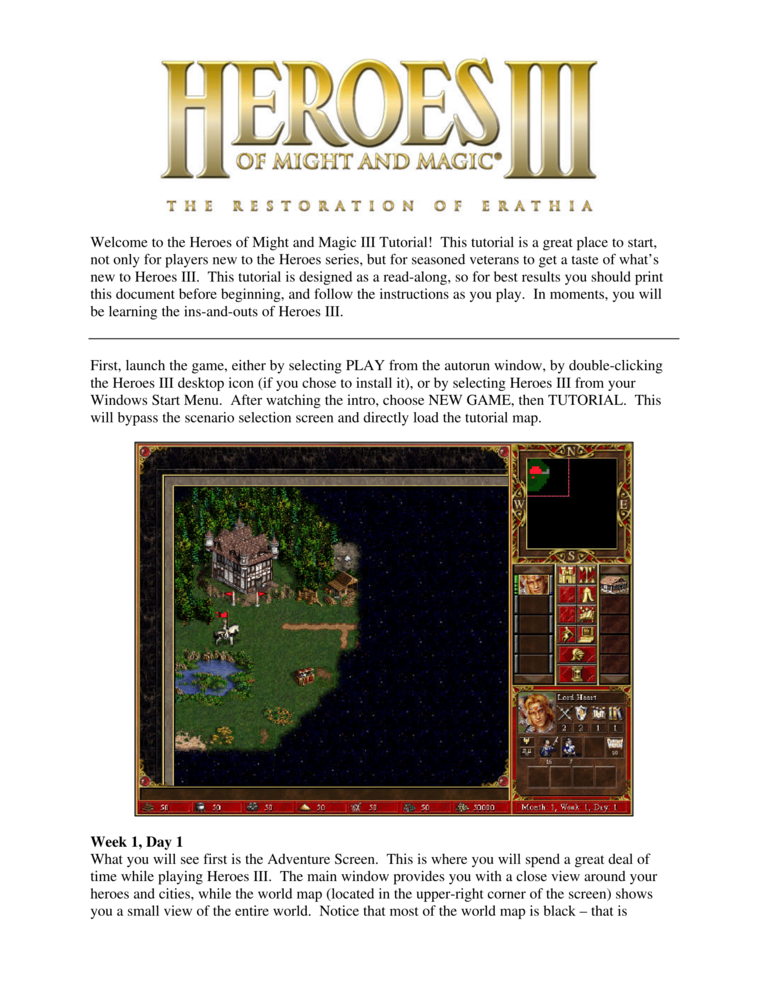 THE RESTORATION OF ERATHIA

Welcome to the Heroes of Might and Magic III Tutorial! This tutorial is a great place to start,

not only for players new to the Heroes series, but for seasoned veterans to get a taste of what’s

new to Heroes III. This tutorial is designed as a read-along, so for best results you should print

this document before beginning, and follow the instructions as you play. In moments, you will

be learning the ins-and-outs of Heroes III.

First, launch the game, either by selecting PLAY from the autorun window, by double-clicking

the Heroes III desktop icon (if you chose to install it), or by selecting Heroes III from your

Windows Start Menu. After watching the intro, choose NEW GAME, then TUTORIAL. This

will bypass the scenario selection screen and directly load the tutorial map.

What you will see first is the Adventure Screen. This is where you will spend a great deal of

time while playing Heroes III. The main window provides you with a close view around your

heroes and cities, while the world map (located in the upper-right corner of the screen) shows

you a small view of the entire world. Notice that most of the world map is black – that is