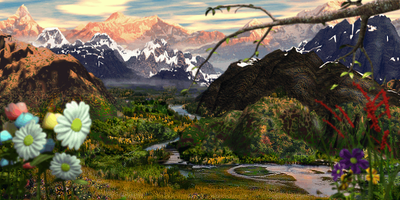 Tarnum traveled alone, drawn to a distant, sparsely populated region to save something called the World Tree. He didn't know what it was, or even what threatened it, yet he felt he was the only one who could help.

Tarnum must defeat all Necropolis towns in the area. If Tarnum loses a battle then the entire campaign is lost for it is he that everyone relies on. Heroes are limited to level eight, but Tarnum and his two best Heroes will transfer over.