Siege combat is a special type of combat in Heroes III where the defending player has some significant advantages including Arrow towers, a Moat, and Siege walls.

A Town must have at least a Fort structure built in order to use siege combat, and the defenses are substantially improved upon construction of the Citadel and Castle. 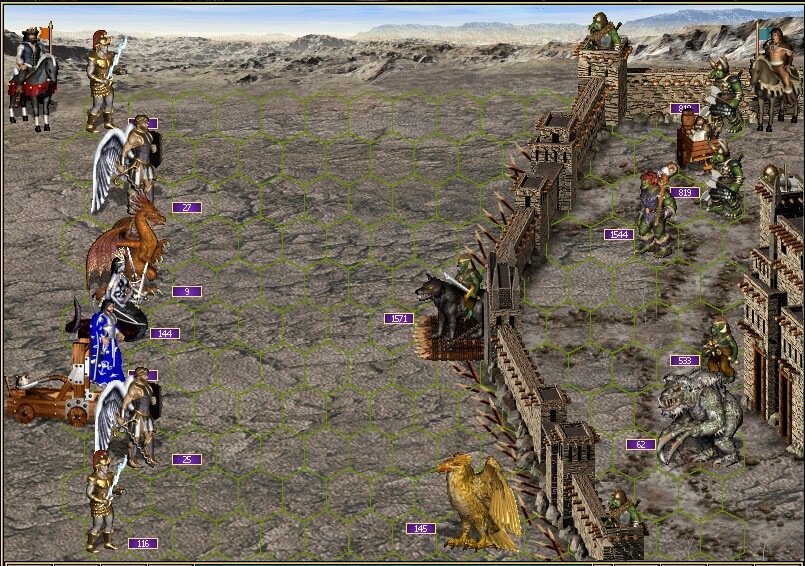 A large siege playing out against a stronghold town.
Retrieved from "https://heroes.thelazy.net//index.php?title=Siege&oldid=31511"
Category: