From Heroes 3 wiki
< User:Kdanv
Jump to navigation Jump to search 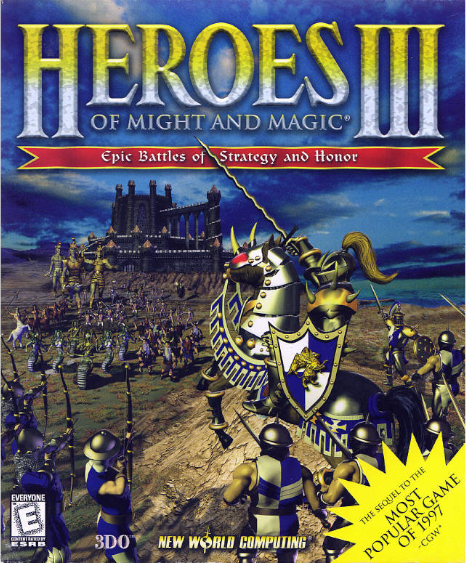 Heroes of Might and Magic III (also known as Heroes III or HoMM3) is a turn-based strategy game developed by New World Computing for Microsoft Windows and released by the 3DO Company in 1999. It is the third installment of the Heroes of Might and Magic series. The game's story is first referenced throughout. The player can choose to play through six different campaigns telling the story, or play in a scenario against computer or human opponents.

The gameplay is divided into two parts, tactical overland exploration and a turn based combat system. The player creates an army by spending resources at one of the eight town types in the game. The hero will progress in experience by engaging in combat with enemy heroes and monsters. The conditions for victory vary depending on the map, including conquest of all enemies and towns, collection of a certain amount of a resource, or finding the grail artifact.

This wikipedia aims to be a complete reference to the Heroes III Universe.

Go to the Talk:Chatbox to see some comments by the users.

The wiki has currently 1,359 articles.

Want to add something? You should take a look at the Editor Guidelines.