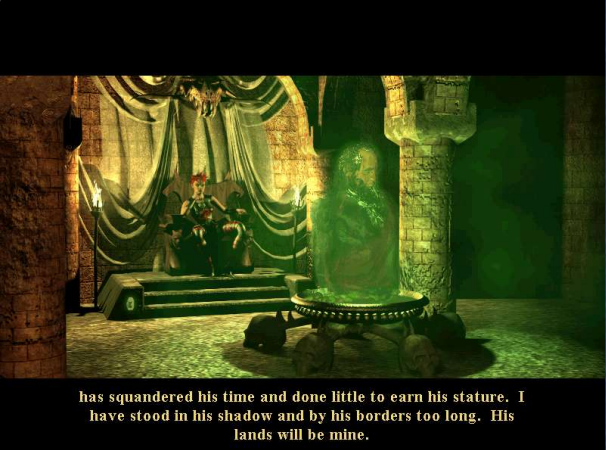 Death Kiss is the capital city of Nighon, but was first only a subterranean city where Mutare had her throne and first ruled there as a Nighon Lady. She made her way through the ranks of Nighon Lords and later - after killing her greatest enemy Ordwald (the most powerful and oldest Lord of Nighon) - she ruled there as the Queen of Nighon. After slaying Ordwald in cold blood, Mutare took over his lands and returned to her throne in Death Kiss (having been turned into a dragon from drinking the Vial of Dragon Blood), where she was relieved, saying in the epilogue narrative, "Ordwald is dead. His lackeys are dead. Their lands and riches belong to me. Soon, all of Nighon will belong to me." 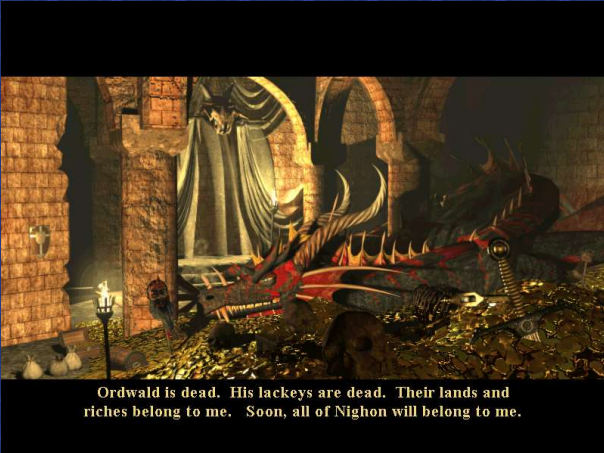 Dragonqueen Mutare Drake, having been transformed into a sentient Dragon (most likely to a Black, Red, or Crystal Dragon), after murdering the warlock Ordwald and Lords Caomhan and Preuet, returned to her throne in Death Kiss realizing that soon the entire island-nation of Nighon will belong to her.