Forge was a town type planned for Armageddon's Blade. It was a predominantly technologically oriented town, stylistically being a mix of Star Trek-esque high technology already known from the Might & Magic universe, as well as dieselpunk, cyberpunk and art deco. Its unit lineup included Goblins, Zombies, humans and other creatures "borrowed" from other factions, armed with, among other things: chainsaws, guns, jetpacks, and rocket launchers. However, the town was scrapped in the end and replaced with Conflux town (which was supposed to appear later, in an untitled expansion, according to an interview with Gregory Fulton) – due to fan backlash, which involved threats of boycotting the game and even letters with death threats towards the developers. The issue was exacerbated by a few bloggers who encouraged the fans to hate the faction even more. In the end, the faction was scrapped and Conflux's release moved to Armageddon's Blade expansion, as 3DO was in financial dire straits and couldn't afford to take the risk of even a projected 5% of potential buyers boycotting the game.

The Forge in the lore[edit] 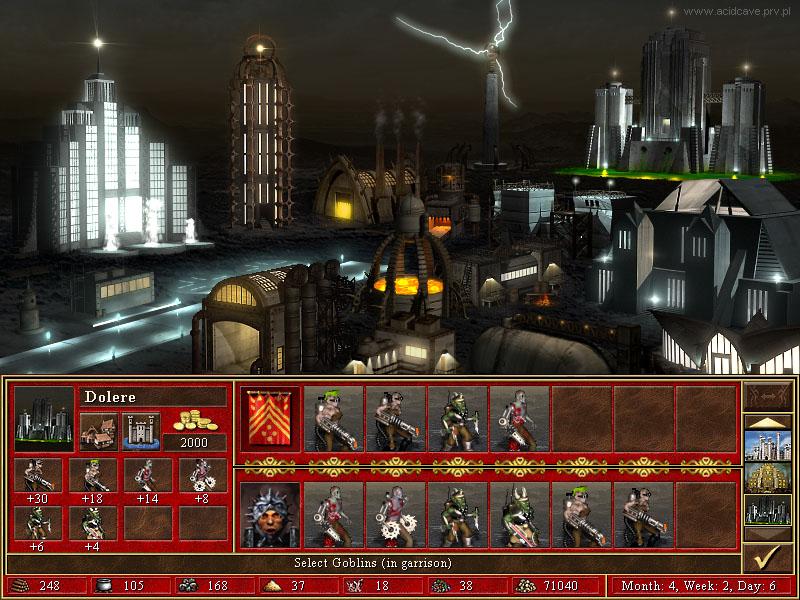