From Heroes 3 wiki
(Redirected from HotA)
Jump to navigation Jump to search
Horn of the Abyss is an unofficial expansion on the same level as Armageddon's Blade and Shadow of Death. 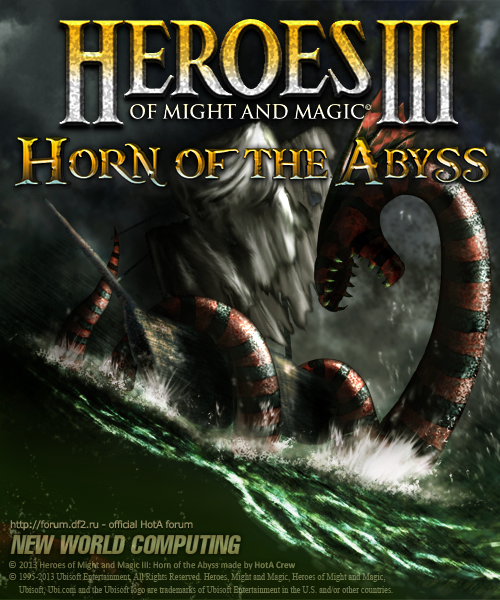