Fortress is a neutral alignment town with the beastmaster and witch hero classes. Fortresses are built at the edge of swamps. Their armies are primarily made up of deadly creatures – born of the swamps, and then subdued and trained for warfare. Fortress represents Tatalia. 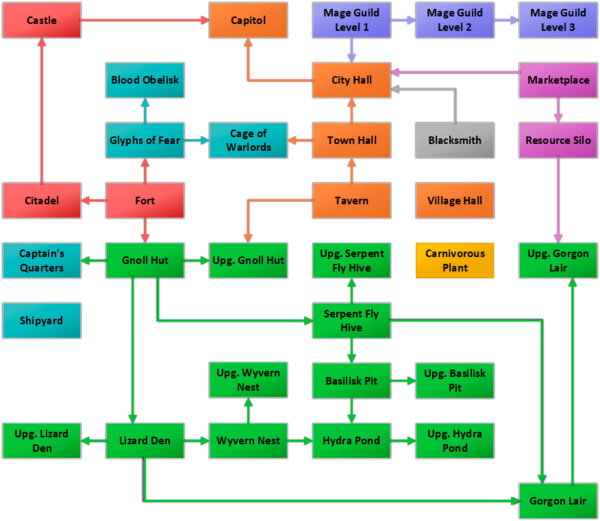