Necropolis is an evil alignment town, that is overrun and ruled by undead creatures. They are the natural bases for the necromancer and death knight hero classes. Necropolis represents Deyja. 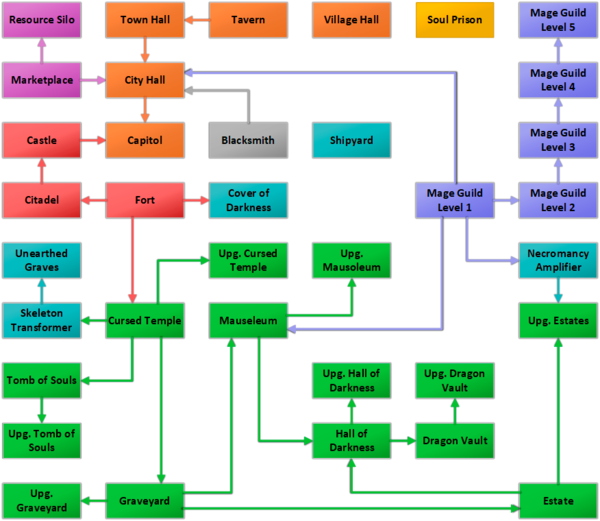