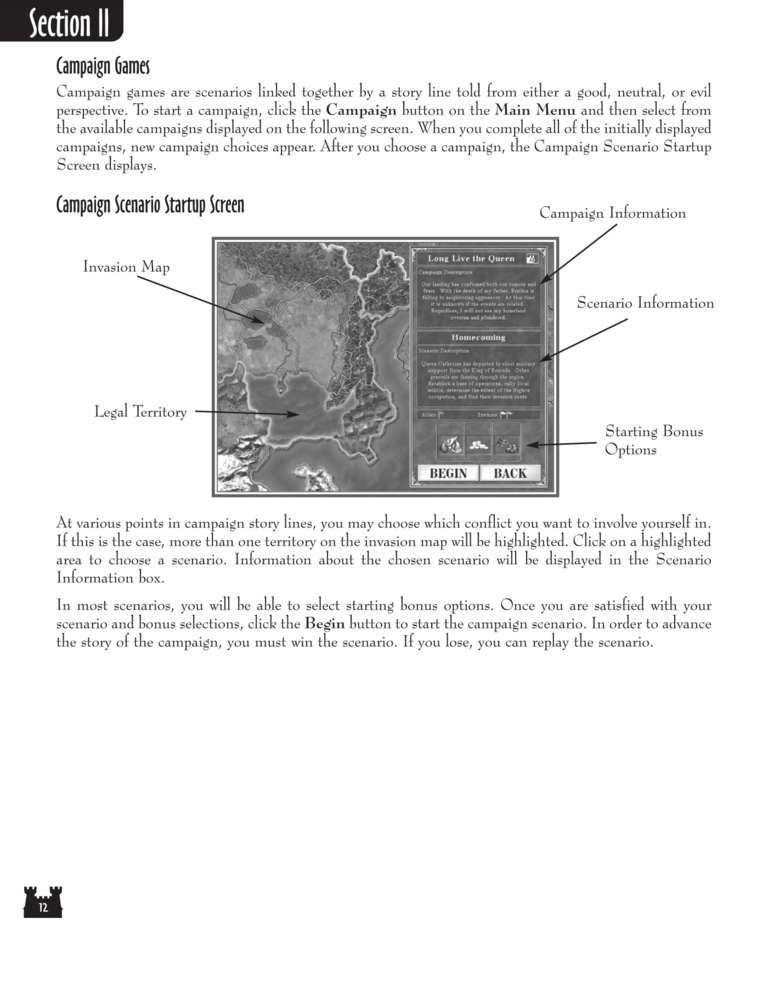 Campaign games are scenarios linked together by a story line told from either a good, neutral, or evil

perspective. To start a campaign, click the Campaign button on the Main Menu and then select from

the available campaigns displayed on the following screen. When you complete all of the initially displayed

At various points in campaign storylines, you may choose which conflict you want to involve yourself in.

If this is the case, more than one territory on the invasion map will be highlighted. Click on a highlighted

area to choose a scenario. Information about the chosen scenario will be displayed in the Scenario

In most scenarios, you will be able to select starting bonus options. Once you are satisfied with your

scenario and bonus selections, click the Begin button to start the campaign scenario. In order to advance