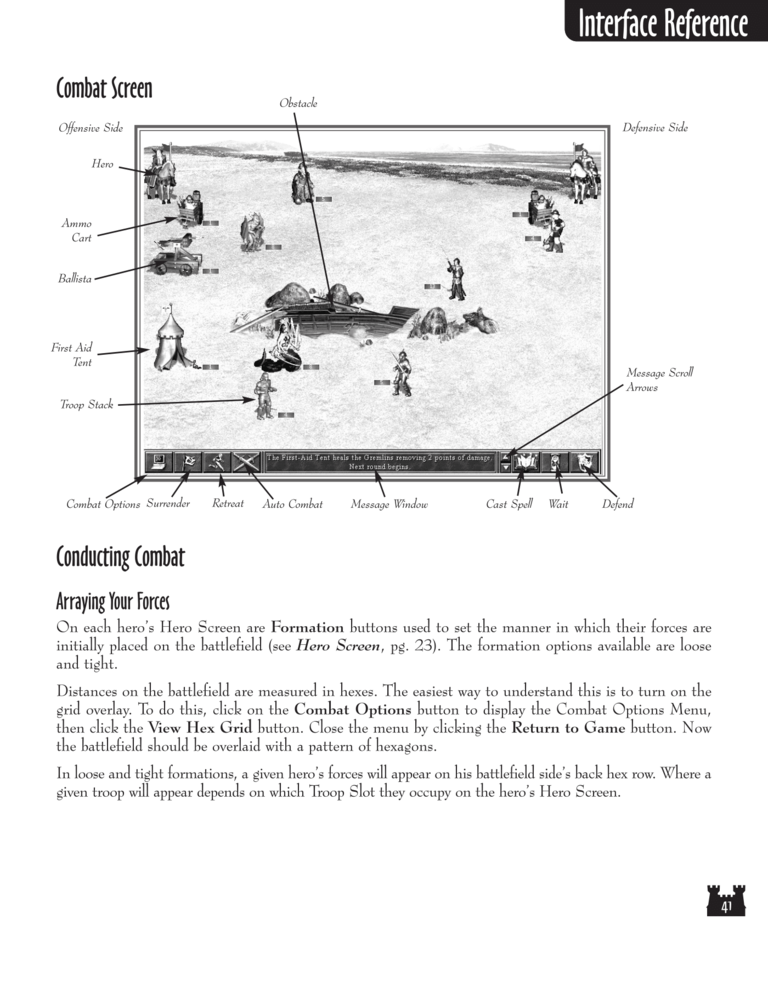 Distances on the battlefield are measured in hexes. The easiest way to understand this is to turn on the

then click the View Hex Grid button. Close the menu by clicking the Return to Game button. Now

the battlefield should be overlaid with a pattern of hexagons.

In loose and tight formations, a given hero's forces will appear on his battlefield side's back hex row. Where a

given troop will appear depends on which Troop Slot they occupy on the hero's Hero Screen.