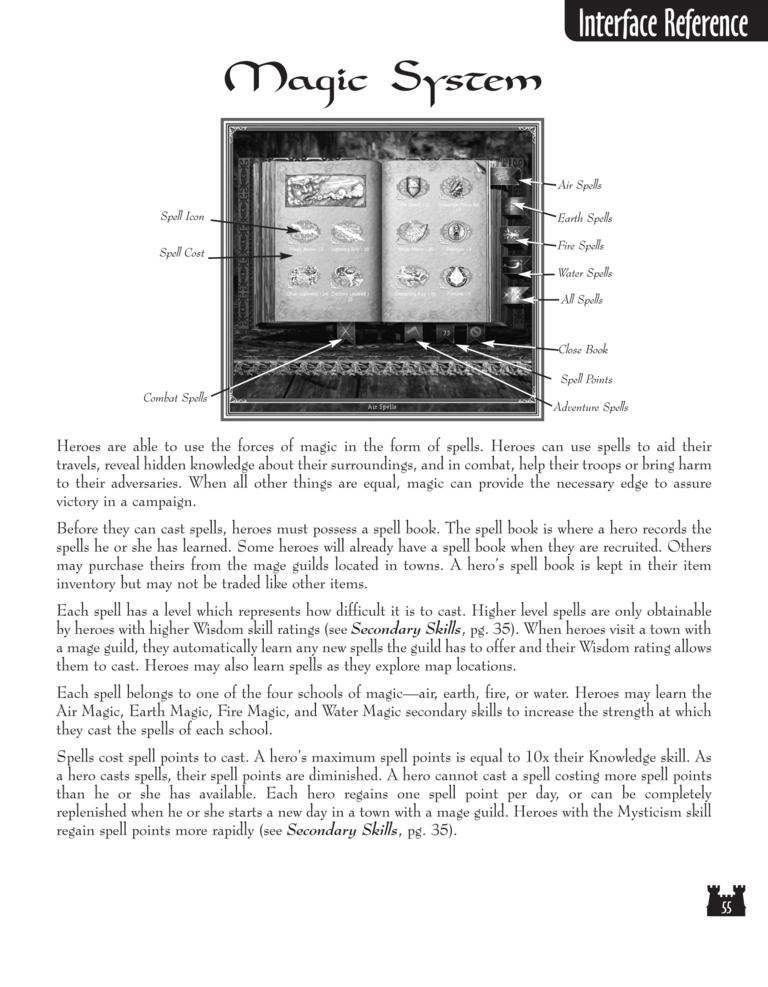 Heroes are able to use the forces of magic in the form of spells. Heroes can use spells to aid their

travels, reveal hidden knowledge about their surroundings, and in combat, help their troops or bring harm

to their adversaries. When all other things are equal, magic can provide the necessary edge to assure

victory in a campaign.

Before they can cast spells, heroes must possess a spell book. The spell book is where a hero records the

spells he or she has learned. Some heroes will already have a spell book when they are recruited. Others

may purchase theirs from the mage guilds located in towns. A hero's spell book is kept in their item

inventory but may not be traded like other items.

Each spell has a level which represents how difficult it is to cast. Higher level spells are only obtainable

a mage guild, they automatically learn any new spells the guild has to offer and their Wisdom rating allows

them to cast. Heroes may also learn spells as they explore map locations.

Each spell belongs to one of the four schools of magic — air, earth, fire, or water. Heroes may learn the

they cast the spells of each school.

than he or she has available. Each hero regains one spell point per day, or can be completely

replenished when he or she starts a new day in a town with a mage guild. Heroes with the Mysticism skill