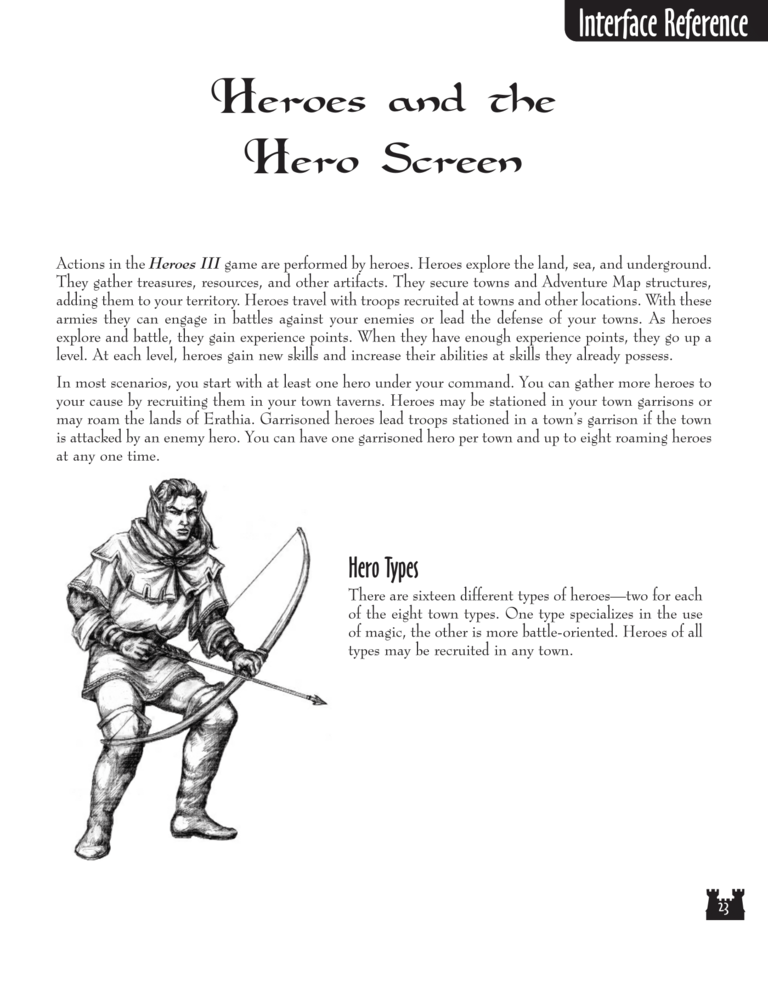 Actions in the Heroes III game are performed by heroes. Heroes explore the land, sea, and underground.

They gather treasures, resources, and other artifacts. They secure towns and Adventure Map structures,

adding them to your territory. Heroes travel with troops recruited at towns and other locations. With these

armies they can engage in battles against your enemies or lead the defense of your towns. As heroes

level. At each level, heroes gain new skills and increase their abilities at skills they already possess.

In most scenarios, you start with at least one hero under your command. You can gather more heroes to

may roam the lands of Erathia. Garrisoned heroes lead troops stationed in a town's garrison if the town

is attacked by an enemy hero. You can have one garrisoned hero per town and up to eight roaming heroes

at any one time.

There are sixteen different types of heroes — two for each

of the eight town types. One type specializes in the use

of magic, the other is more battle-oriented. Heroes of all

types may be recruited in any town.