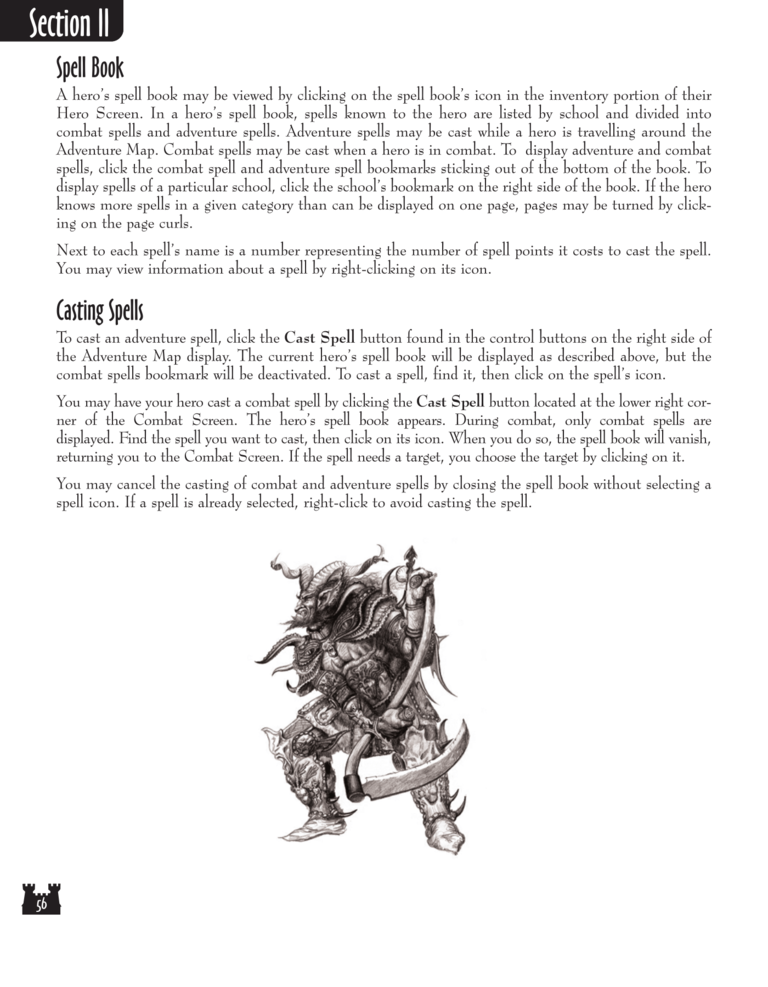 Hero Screen. In a hero's spell book, spells known to the hero are listed by school and divided into

Adventure Map. Combat spells may be cast when a hero is in combat. To display adventure and combat

spells, click the combat spell and adventure spell bookmarks sticking out of the bottom of the book. To

display spells of a particular school, click the school's bookmark on the right side of the book. If the hero

knows more spells in a given category than can be displayed on one page, pages may be turned by clicking on the page curls.

Next to each spell's name is a number representing the number of spell points it costs to cast the spell.

You may view information about a spell by right-clicking on its icon.

To cast an adventure spell, click the Cast Spell button found in the control buttons on the right side of

the Adventure Map display. The current hero's spell book will be displayed as described above, but the

combat spells bookmark will be deactivated. To cast a spell, find it, then click on the spell's icon.

You may have your hero cast a combat spell by clicking the Cast Spell button located at the lower right corner of the Combat Screen. The hero's spell book appears. During combat, only combat spells are

displayed. Find the spell you want to cast, then click on its icon. When you do so, the spell book will vanish,

returning you to the Combat Screen. If the spell needs a target, you choose the target by clicking on it.

spell icon. If a spell is already selected, right-click to avoid casting the spell.