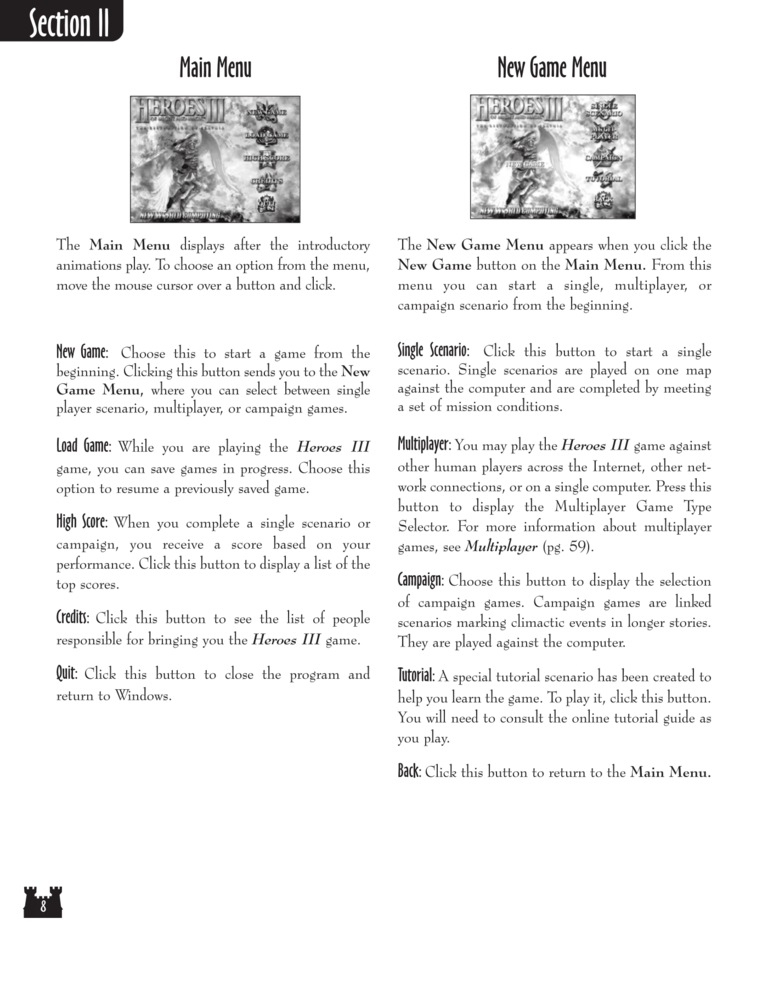 The Main Menu displays after the introductory

animations play. To choose an option from the menu,

move the mouse cursor over a button and click.

The New Game Menu appears when you click the

New Game button on the Main Menu. From this

menu you can start a single, multiplayer, or

campaign scenario from the beginning.

New Game: Choose this to start a game from the

beginning. Clicking this button sends you to the New

Game Menu, where you can select between single

Single Scenario: Click this button to start a single

scenario. Single scenarios are played on one map

against the computer and are completed by meeting

a set of mission conditions.

Load Game: While you are playing the Heroes III

game, you can save games in progress. Choose this

Multiplayer: You may play the Heroes III game against

other human players across the Internet, other network

connections, or on a single computer. Press this

Selector. For more information about multiplayer

High Score: When you complete a single scenario or

campaign, you receive a score based on your

Campaign: Choose this button to display the selection

They are played against the computer.

responsible for bringing you the Heroes III game.

Quit: Click this button to close the program and

Tutorial: A special tutorial scenario has been created to

help you learn the game. To play it, click this button.

You will need to consult the online tutorial guide as

Back: Click this button to return to the Main Menu.