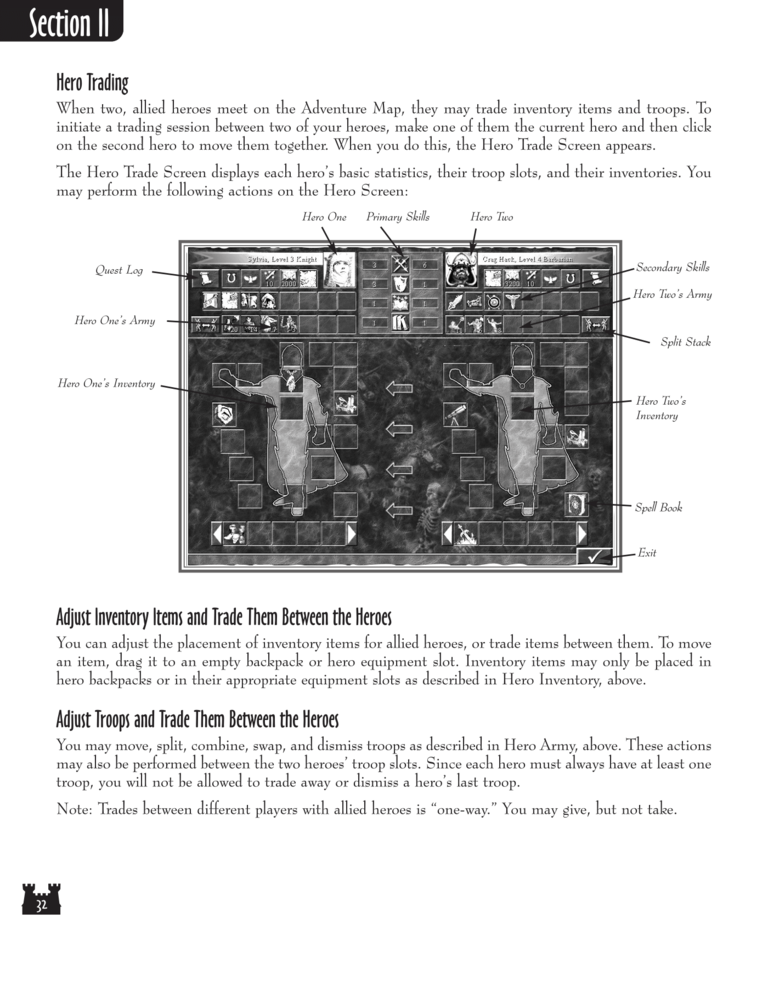 When two, allied heroes meet on the Adventure Map, they may trade inventory items and troops. To

initiate a trading session between two of your heroes, make one of them the current hero and then click

on the second hero to move them together. When you do this, the Hero Trade Screen appears.

The Hero Trade Screen displays each hero's basic statistics, their troop slots, and their inventories. You

may perform the following actions on the Hero Screen:

Adjust Inventory Items and Trade Them Between the Heroes

You can adjust the placement of inventory items for allied heroes, or trade items between them. To move

an item, drag it to an empty backpack or hero equipment slot. Inventory items may only be placed in

hero backpacks or in their appropriate equipment slots as described in Hero Inventory, above.

Adjust Troops and Trade Them Between the Heroes

You may move, split, combine, swap, and dismiss troops as described in Hero Army, above. These actions

may also be performed between the two heroes' troop slots. Since each hero must always have at least one

troop, you will not be allowed to trade away or dismiss a hero's last troop.

Note: Trades between different players with allied heroes is "one-way." You may give, but not take.