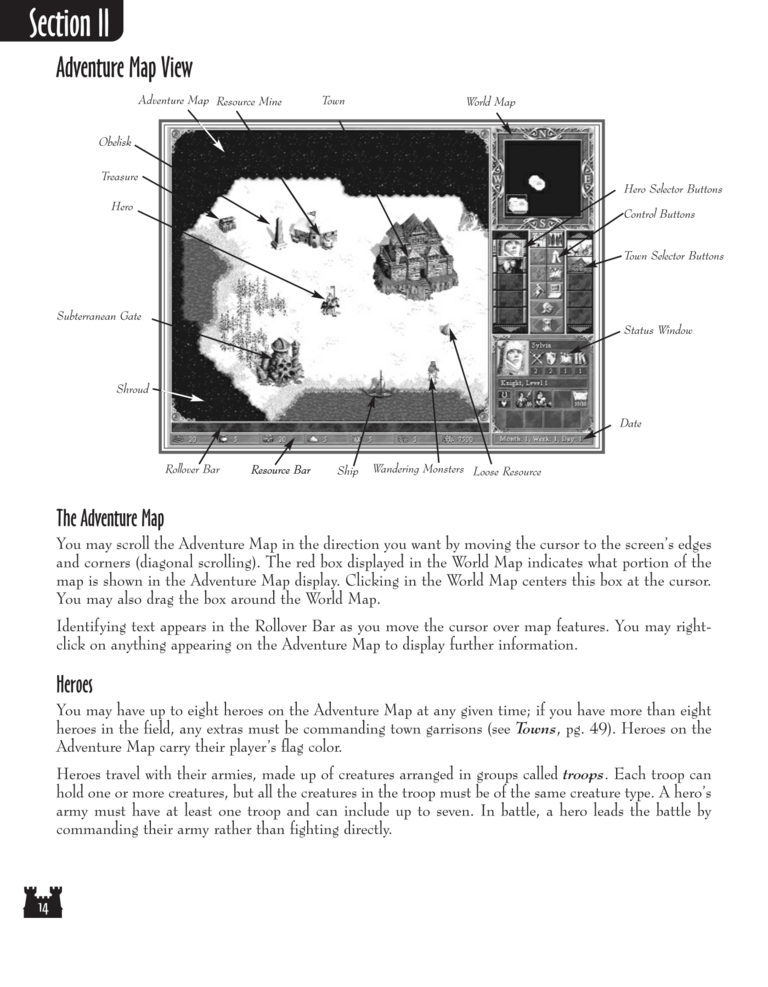 and corners (diagonal scrolling). The red box displayed in the World Map indicates what portion of the

map is shown in the Adventure Map display. Clicking in the World Map centers this box at the cursor.

You may also drag the box around the World Map.

Identifying text appears in the Rollover Bar as you move the cursor over map features. You may

right-click on anything appearing on the Adventure Map to display further information.

You may have up to eight heroes on the Adventure Map at any given time; if you have more than eight

heroes in the field, any extras must be commanding town garrisons (see Towns, pg. 49). Heroes on the

Heroes travel with their armies, made up of creatures arranged in groups called troops. Each troop can

hold one or more creatures, but all the creatures in the troop must be of the same creature type. A hero's

army must have at least one troop and can include up to seven. In battle, a hero leads the battle by

commanding their army rather than fighting directly.