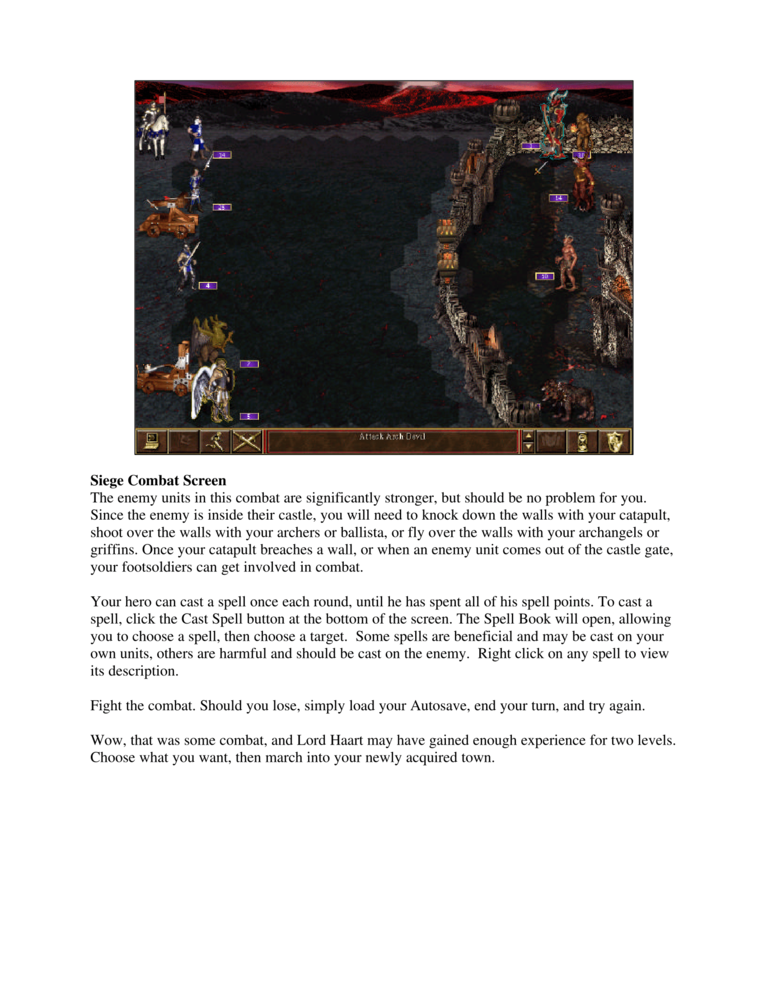 The enemy units in this combat are significantly stronger, but should be no problem for you.

Since the enemy is inside their castle, you will need to knock down the walls with your catapult,

griffins. Once your catapult breaches a wall, or when an enemy unit comes out of the castle gate,

your foot soldiers can get involved in combat.

Your hero can cast a spell once each round, until he has spent all of his spell points. To cast a

spell, click the Cast Spell button at the bottom of the screen. The Spell Book will open, allowing

you to choose a spell, then choose a target. Some spells are beneficial and may be cast on your

own units, others are harmful and should be cast on the enemy. Right click on any spell to view

Fight the combat. Should you lose, simply load your Autosave, end your turn, and try again.

Wow, that was some combat, and Lord Haart may have gained enough experience for two levels.

Choose what you want, then march into your newly acquired town.