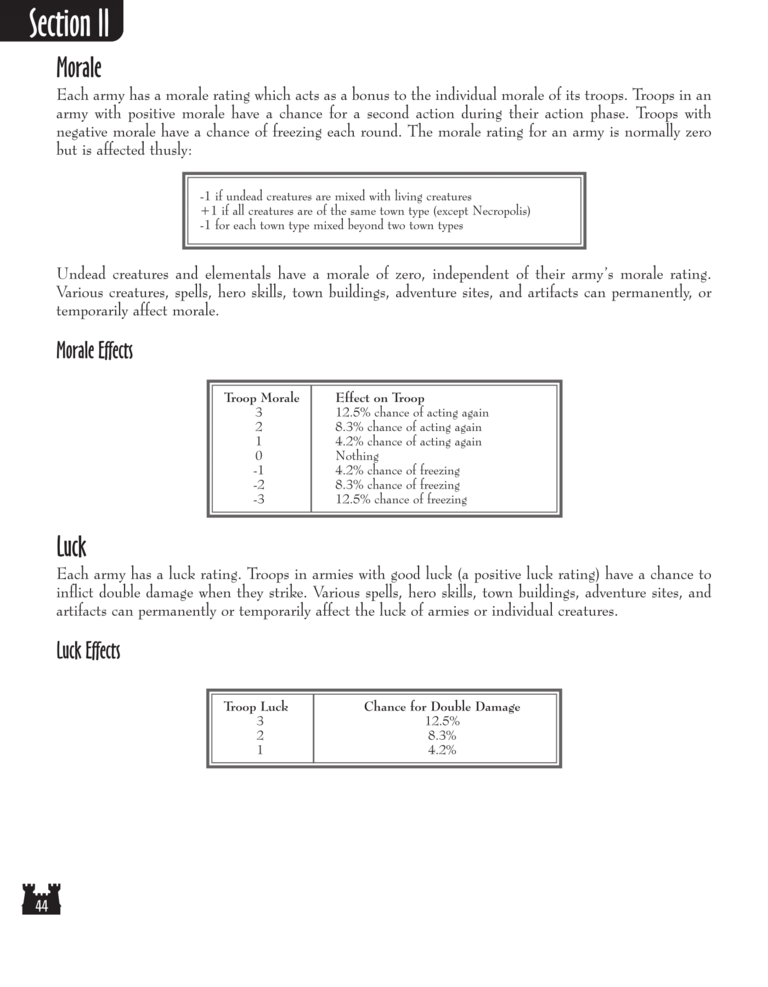 Each army has a morale rating which acts as a bonus to the individual morale of its troops. Troops in an

army with positive morale have a chance for a second action during their action phase. Troops with

negative morale have a chance of freezing each round. The morale rating for an army is normally zero

but is affected thusly:

-1 if undead creatures are mixed with living creatures

-1 for each town type mixed beyond two town types

Undead creatures and elementals have a morale of zero, independent of their army's morale rating.

Each army has a luck rating. Troops in armies with good luck (a positive luck rating) have a chance to

artifacts can permanently or temporarily affect the luck of armies or individual creatures.