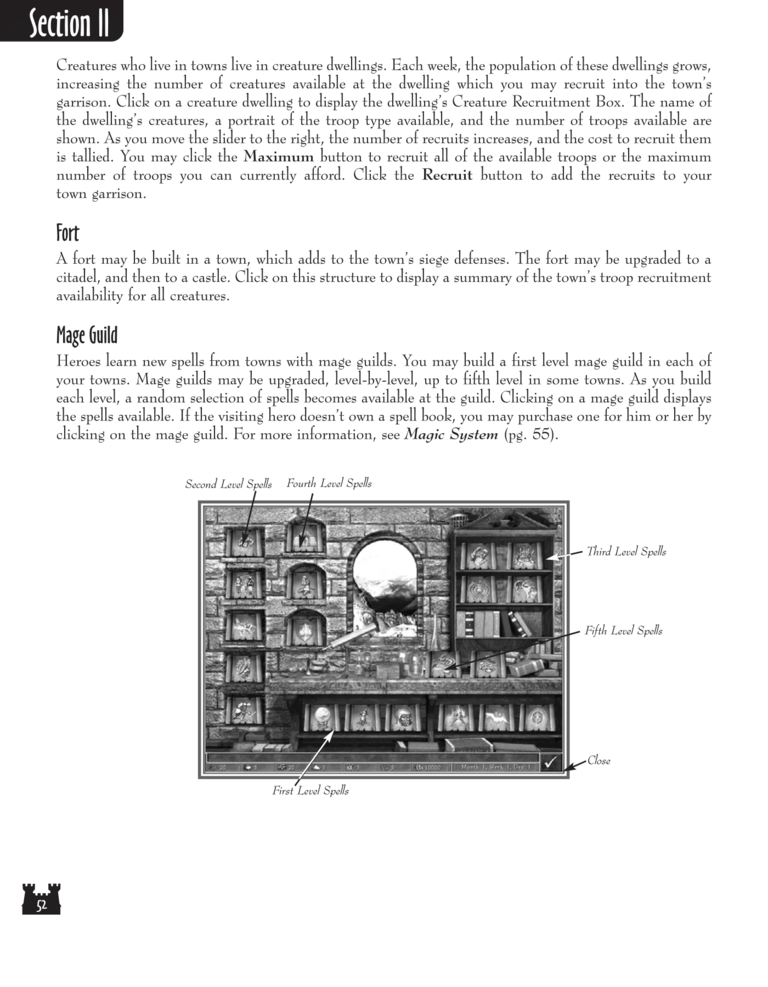 Creatures who live in towns live in creature dwellings. Each week, the population of these dwellings grows,

garrison. Click on a creature dwelling to display the dwelling's Creature Recruitment Box. The name of

the dwelling's creatures, a portrait of the troop type available, and the number of troops available are

shown. As you move the slider to the right, the number of recruits increases, and the cost to recruit them

is tallied. You may click the Maximum button to recruit all of the available troops or the maximum

number of troops you can currently afford. Click the Recruit button to add the recruits to your

A fort may be built in a town, which adds to the town's siege defenses. The fort may be upgraded to a

citadel, and then to a castle. Click on this structure to display a summary of the town's troop recruitment

availability for all creatures.

Heroes learn new spells from towns with mage guilds. You may build a first level mage guild in each of

your towns. Mage guilds may be upgraded, level-by-level, up to fifth level in some towns. As you build

each level, a random selection of spells becomes available at the guild. Clicking on a mage guild displays

the spells available. If the visiting hero doesn't own a spell book, you may purchase one for him or her by