Finally, you have tracked down the Azure Dragons. Now it is time to face the great dragon in their home territory. The locals are willing to join your cause, but the paths are guarded by dragons. Clear these paths and you can gain support. The Azure Dragons are both mighty and elusive. Track them down and kill them before they moves on to new territory. You estimate in six months they will move again. Once you have gained their support you can then seek your prize. Beware the other Dragons who guard the Azure, keeping out the fainthearted and unworthy of such a challenge. 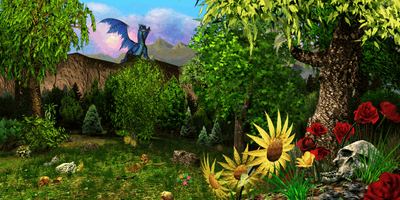 Dracon : I have found a nest of mighty Azure Dragons. I have also found my destiny. Azure Dragons do not nest for long and commands an entourage of dragons of all colors. The task is great, but I am determined.

Defeat the great Azure Dragons within six months for eternal fame. Once you have slain this ancient beast you will have proven yourself to be a Dragon Slayer extraordinaire. Failure means death of Dracon and eternal branding as a foolish child. 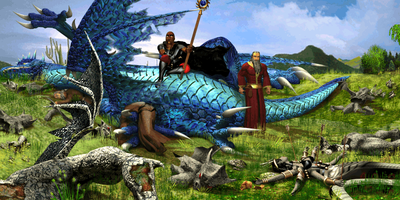 Dracon : My victory is hollow. I do not understand why. I have accomplished what only the elite dream. In my private moments, I have felt this beast would be the key to unlock a long sought personal contentment. I was wrong. My disatisfaction stirs and I wonder, what is next.