Gem's employer, the AvLee border lord Fayette, has been killed by the Necromancers while on a secret mission. Never able to leave an enemy defeated, the Necromancers have further humiliated Fayette by raising him as a Death Knight. Gem can't accept this insult. Lord Fayette's undead body must be destroyed to grant him final peace. 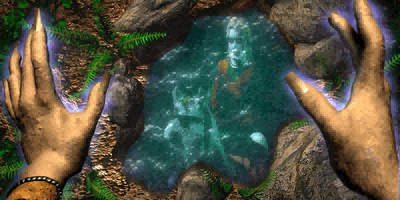 Gem : When I went to tell Lord Fayette about Sandro tricking me, I learned he left on a mission into Deyja while I was searching for the boots and had not yet returned. So I scryed for Lord Fayette and discovered his mission had gone horribly wrong. He had been killed by the Necromancers and... and... resurrected as a Death Knight! Curse all Necromancers! There is one last service I can do for my lord. I will grant his soul final peace by destroying the undead body chaining it to this world. I owe him that much.

You must kill Lord Fayette to win the scenario. However, if Gem is defeated in combat, the scenario is lost. Gem is limited to level 30 but will carry her experience, skills and spells on to her next scenario.