Second scenario of the Rise of the Necromancer campaign.

Sandro now faces Ethric and one of his allies. He must defeat the old Warlock before moving on to Deyja. 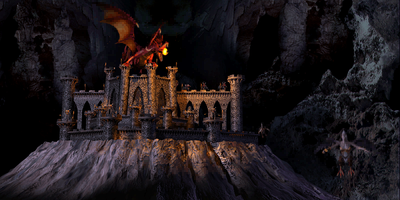 Sandro : Ethric just doesn't give up, but I have found an ally. Vidomina is a young wizard with aspirations of being a Necromancer. For the time being she will be useful, but we will part ways once we get past Ethric and into Deyja proper.

Defeat Ethric and all of his allies to win the scenario. However, if Sandro is defeated in combat, the scenario is lost. Sandro is limited to level 10 but will carry his experience, skills and spells on to the next scenario.