The region of Griffin Cliff, the annual breeding grounds from which nearly all of Erathia's Griffin population comes from, is currently under the control of the combined Nighon and Kreegan forces. Generations ago, the Griffins were key to building Erathia, and today they are key to reclaiming it.. 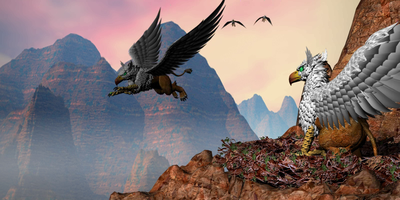 To win, you must locate and flag all 7 Griffin Towers.