Second scenario of the Elixir of Life campaign.

Bandits infest this region. Wherever possible, enlist the aid of the Thieves' Guild, as they can be very informative. 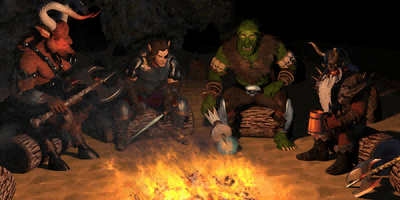 Rumor has it that the Ring of Health, one of the essential components of the Elixir of Life, is located in the Shantanna region of southern AvLee. Time is of the essence, for a Death Knight has been spotted talking to bandits who have long been terrorizing the area, and we believe that he has hired them to find the Ring first.

Stop a group of rogue AvLee lords from selling the Ring of Vitality to a Death Knight lord in Deyja to win the scenario. However, if Gelu is defeated in combat, the scenario is lost. Gelu is limited to level 15 but will carry his experience, skills and spells on to the next scenario.