The Roots of Life 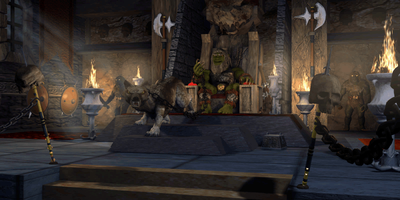 Tarnum had killed enough of his own people in his lifetime, so he refused to destroy the Followers of Vorr except as a last resort. Instead, he gambled on a long shot. If he could find the Pendant of Total Recall, perhaps he could convince their King, Targor, that Vorr was leading them down the wrong path.

Tarnum must defeat King Targor in battle. But first, he must collect the Pendant of Total Recal to show King Targor where he went wrong. All of the Heroes will be limited to level 22, but Tarnum and his two best Captains will transfer to the next scenario.