(you may complete it before Rust Dragons, the second scenario of the campaign).

Now seeking the famed and elusive Azure Dragons you hear of sightings to the west. Following the leads you find only a mischevious Faerie Dragon playing tricks on the locals. Disappointed at first, but soon you discover there are several such dragons and they are relocating towns, maidens and generally mucking about. This should prove challenging enough for you. 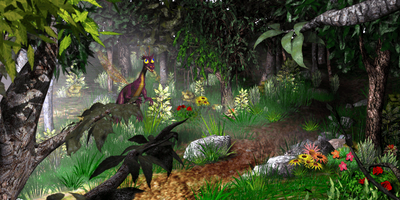 You have six months to find and defeat the Faerie Dragons to cleanse this territory. If Dracon dies, the quest is over. Dracon, his skills, spells and Experience up to level 24 will carry over to the next scenario.