Like fields of wheat, the peasants of this area are harvested to swell the ranks of the undead. There's no need to ask yourself why the undead would do such a thing. Why pretend to know the ways of evil? However, you can't shake the suspicion that something far more sinister is at work. 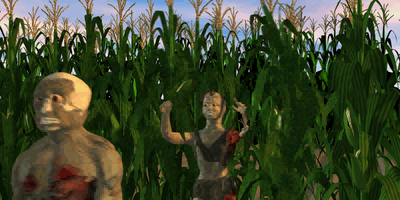 Yog : A Necromancer is at work here. Peasants all throughout this land are turning up as walking corpses. But no noble or lord has come forward to put a stop to this. I will take it upon myself to destroy this menace!

Yog must defeat the Necromancers creating havoc in this part of Erathia to win the scenario. However, if Yog is defeated in combat, the scenario is lost. Yog is limited to level 30 but will carry his experience and skills on to his next scenario.