Return of the King

King Roland and General Morgan Kendal are on the western shores of the Great Lake and must take a mixed Erathian-Conflux army deep into Kreegan territory. They must cross the lake and go through the mountains and prepare to make a push towards Catherine's army in the north, thus trapping the devils between the two forces. 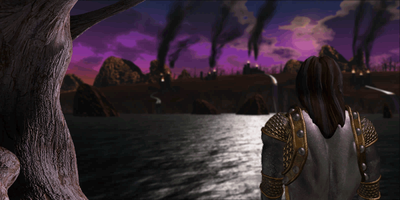 Roland : Heroes from the Confluxes tell us the elemental gods have sent them to us, so together, we might destroy Lucifer Kreegan and his quest to set the world on fire. Catherine trusts these new allies. I am not as giving. However, we do not have a choice as support for the war wanes and our forces dwindle. If these elemental heroes are to be our allies, they will prove themselves in this forthcoming battle... under my command.

Roland must defeat the demonic armies camped on the other side of the Great Lake. Without Roland, the men will go their separate ways. Roland will be allowed to attain 24th Level. All of his experience, skills, and spells will carry over to his next scenario.