Before Erathia has a chance to call upon the elves of AvLee for assistance, we have decided to strike at the heart of AvLee's strength - the Gold Dragon Queen. By eliminating the elves' strongest ally, they will be unable to lend aid to Erathia. 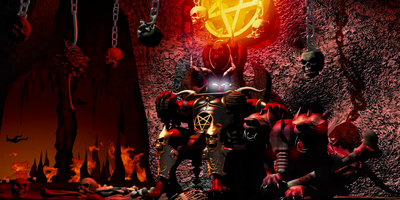 A large elvish population inhabits Erathia’s southeastern coast. Green and gold dragons, native to the region, augment their military strength. Before we conquer this region, and detour our forces to Steadwick, we must annihilate these dragons. Our Kreegan allies from Eeofol requested the honor of this mission. The Kreegans are fierce warriors. They will enjoy the slaughter.

To win, you must find and kill the Gold Dragon Queen. Your Heroes will be limited to 12th level in this scenario, but your 8 strongest Heroes will be available to you in the final scenario of this campaign.