The journey to Welnin has not been easy, but it is the last leg of the journey that will be the most difficult. The Ranger, Ryland, has the Grail, and must elude the forces loyal to Erathia and AvLee to reach Welnin. Once there, he must order the construction of a permanent home for the Grail. 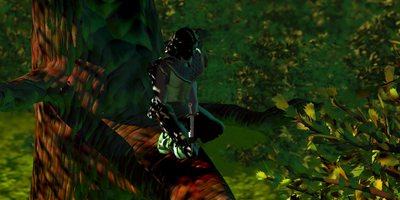 Our cause is public. Ironically, many humans have joined the elfin population in our vision of an independent state. Already, factions loyal to Erathia and AvLee organize to stop us. We cannot continue without a strong base of operations. Faruk Welnin, mayor of the town of Welnin, has sent a messenger. He offers his protection and support. Our war for independence begins now. We must fight our way to Welnin and establish the Grail. When we have accomplished this, Welnin will become our foundation.

To win, the Ranger, Ryland, must reach the town of Welnin with the Grail, and build it a permanent home.