You are offered a mercenary contract with King Tralossk of Tatalia, who once and for all wishes for his nation to be made up of something more than just swampland. With Erathia distracted, he has decided that now is the time to expand Tatalia's borders. 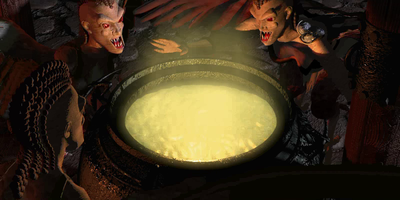 As you foresaw milord, King Gryphonheart’s death brings many opportunities for your mercenary skills. A messenger from Tatalia, on behalf of King Tralossk, has contacted us. Twenty years ago, following numerous border skirmishes along the western shore of Erathia, Tatalia signed an agreement to cease hostilities. King Gryphonheart is dead. Their agreement has died with him. Aggressive tactics have never been part of Tatalia's military character. Their ranks are vast, and once they possess Erathian land, they will hold it. However, they need generals to guide their heroes to expand their borders and accommodate their growing population.

To win, you must flag all mines. Your Heroes will be limited to 12th level in this scenario, but your 8 strongest Heroes will be available to you in the final scenario of this campaign.