Reports of Angels near the town of Fair Feather deserve our investigation. If the rumors are true, then we must ensure the safety of this town, and perhaps convince the Angels to ally with us. 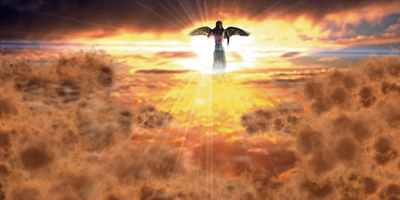 Catherine : Pressing toward Erathia’s capitol of Steadwick, we have encountered peasants talking of Fair Feather, a town to the north. Though surrounded, it has withstood the Nighon invasion. Reports are unconfirmed, but these peasants believe 'angels' watch over the town. Angels have been spotted in Erathia before. During the Kreegan infestation, scattered reports told of winged beings massacring large Kreegan forces. Either the angels have returned, or they never left. How long Fair Feather can last against the Nighon and Kreegan onslaught is unknown. If Fair Feather falls, a potential ally may be lost.

To win, you must capture all enemy towns and castles and defeat all enemy heroes. Your Heroes will be limited to 12th level in this scenario, but your 8 strongest Heroes will travel with you to the final scenario of this campaign.