Here There Be Pirates

Sir Christian was on his way home when one of his crewmembers discovered that the boat had no navigational equipment. Instead of getting a sailing ship, they got a dinghy for short distance traveling. After many days and nights at sea, they found their salvation and discovered another small island... full of pirates. 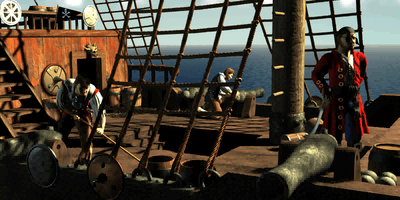 Christian : I do not know if it is poetic justice, a bad joke, or plain rudeness, but I was informed my native friends 'forgot' the rather important navigational equipment. After many days and nights, we found our salvation and discovered another small island... full of pirates. Apparently they too do not understand the art of the fragarance alchemist.

Great challenges lie before Sir Christian. To win, he must capture all enemy towns and castles and defeat all enemy heroes. He will be limited to experience level 24. If he wins, he will carry over his experience, primary skills, secondary skills, and his spell book. If he fails, his quest is over.