Hurry Up and Wait

After finding out he was being used as a tool against his own land and queen, Sir Christian finished his quest and fled the island, stole a real sailing ship and went to Queen Catherine's military island to protect it. The four surrounding islands that once protected the main island are now infested with Regnan Pirates. Queen Catherine may pay a visit to this island in four months. 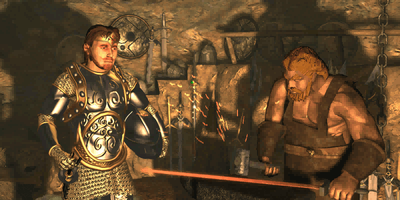 Christian : If you were to ask me where my loyalities lie, in all honesty, I would answer, "To whomever could get me home." So, when I learned of the nearby Erathian outpost, I knew I had found my esacpe. So, I left those filthy pirates in the middle of the night and arrived at the Erathian outpost the following morning. Little did I know the outpost was the next target of my former pirate allies.

Sir Christian must do one thing to win this scenario. Stay alive for four months. He is literally surrounded by the enemy. He must keep the evil Regnin Pirates from overthrowing Queen Catherine's military base. If Sir Christian is defeated, his campaign is over. 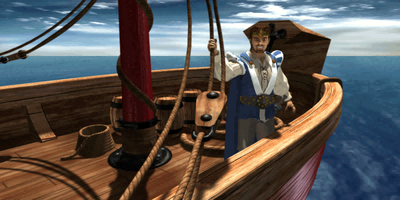 Christian : What luck. I have managed to catch a ride aboard Queen Catherine's ship, enroute to Erathia to attend her father's funeral. I am told the Erathian countryside is quite beautiful. At last I can leave all this combat behind. I think it should make a fitting vacation spot. I can't wait.