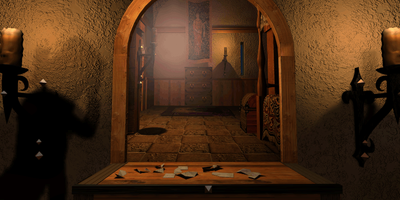 Tarnum had thought it would feel good to command Barbarians once again, but the experience was tainted by the mercenary attitude of his own people. The Barbarians no longer lifted a sword for honour, but only for gold or the pleasure of the kill.

Joining with the Barbarians, Tarnum must strike against Mad King Gryphonheart's forces before they get too strong. Tarnum and his two best Captains will transfer to the next scenario, but will be limited to level 35.