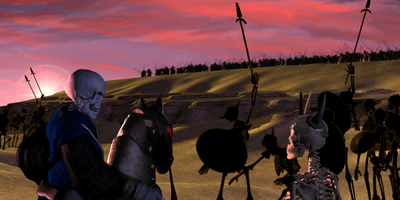 With the help of the Pendant of Total Recall, Tarnum opened up his mind and revealed his darkest memories to King Targor.
And Tarnum said, "I have spent centuries trying to redeem myself for these crimes. Don't follow my example!"
So, King Targor fell to his knees, immediately realizing that he had been wrong. But it wasn't too late to correct his mistakes.

Tarnum and his new Barbarian allies must now defeat the Necromancers to stop them from burning the World Tree. 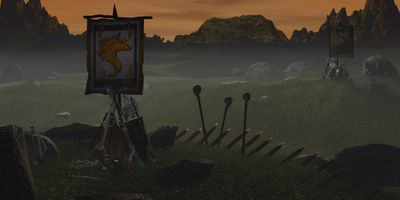 When Tarnum came across a tiny flower growing out of the cracked, scorched earth, he knew the World Tree would recover from the damage done by the Necromancers. But the insane Ancestor, Vorr, was still out there, no doubt as determined as ever to destroy the world.