King Gryphonheart, the man who banished us from Erathia, is dead. The Nighon and Eeofol invasion has given us the gift of death. At last we can build our armies and invade Erathia ourselves. First, however, we need a tactician. You must find the tomb of King Gryphonheart. 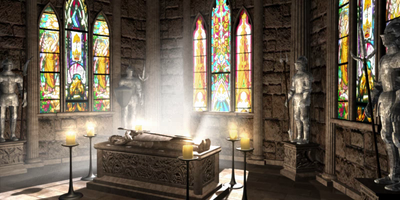 Our nation's goal was to kill the man who banished us from Erathia. However, Nighon and Eeofol's subsequent invasion has done us an unexpected favor. Erathia is strewn with the dead. For the necromancers, this is a season of harvest. This is a season for war. Queen Catherine is a formidable foe. To defeat Erathia's remaining military, we need a tactician greater than her. We have a plan... an ironic plan. While Catherine organizes the last stages of her war with Nighon and Eeofol, you will sneak into Erathia and locate King Gryphonheart’s grave. Be wary. The region is occupied by scattered Erathian. When the gravesite is found, we will resurrect the dead king and make him our pawn. With King Gryphonheart commanding our armies, his former home will become our land of the dead.

To win, you must bring the Spirit of Oppression to the city of Stonecastle within 3 months. Seek out the Seer - completing the Seer's Quest will allow you to carry the reward to the next scenario. 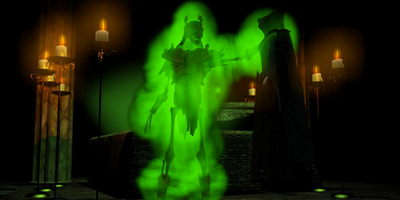 While resurrecting King Gryphonheart from the dead, former King Vilmar met with an unfortunate accident. King Gryphonheart has taken command of the military... and the throne. His control over the dead is beyond anything we have seen. This bodes well for our invasion. However, our lords watch their new king, searching for a sign of weakness.