Fourth and final scenario of the Rise of the Necromancer campaign.

All Finneas or Sandro must do is remove the Duke of this area. Once he is gone, they will be literally a step away from the throne. The new king is still not settled into his throne and will be easily replaced. With any luck, he will suffer an accident in the future. 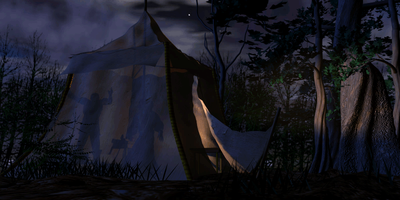 Sandro : Soon Duke Alarice will find himself permanently among the dead. Right now our plans go well as we prepare to launch an assault. Finneas does not agree with my tactics, but I know that his tactics are certain death. It is only a matter of time before he realizes his error and follows my direction. Soon he will come to see that he cannot survive without my guidance.

Defeat Duke Alarice and all his allies to win the campaign. However, if Sandro or Finneas are defeated in combat, the scenario is lost. Sandro and Finneas are limited to level 25 but will carry their experience, skills and spells on to their next campaign. 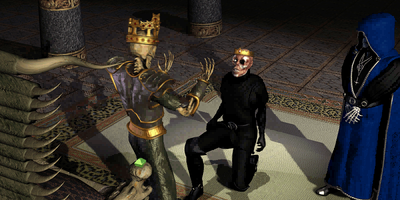 Sandro : Our plan has been a great success! We are quickly on the rise. The King is impressed with Finneas' stunning show of force and ability. Soon the King will understand the full view of my vision. Then it will be too late for him.