First scenario of the Birth of a Barbarian campaign.

You have never really been that good at magic. Not even your Genie blood helped you much. But still, life was fine up until a few months ago when the love of your life, Vidomina, became overconfident. Her magic corrupted her and turned her into a Necromancer. Since then, you have grown to despise magic. Now you have made a decision to leave the life of a Wizard and become what you have always dreamed of... a Barbarian. 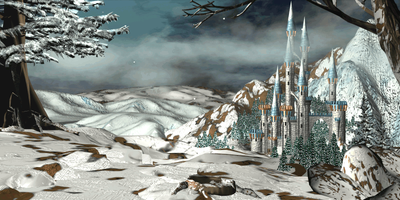 Yog : All my life I have been studying magic under the Wizards of Bracada to please my mother, a Genie. But it is the blood of my Barbarian father that runs through my veins, and I feel that my hands were meant to carry a sword rather than a staff. Fate seems to agree, for I have received an invitation from Duke Winston Boragus of Krewlod to join his army. The time has come for me to leave this place, but I know that my teachers will not permit that without a fight.

Escape from Bracada and capture the Krewlodian town of Groa to win the scenario. However, if Yog is defeated in combat or fails to capture Groa in 5 months, the scenario is lost. Yog is limited to level 9 but will carry his experience and skills on to the next scenario.