For King and Country

This is the final battle. Our presence has already begun to restore life to the land, but we must destroy this last fortress of death that King Gryphonheart has retreated to. It is time to return the dead to their graves. 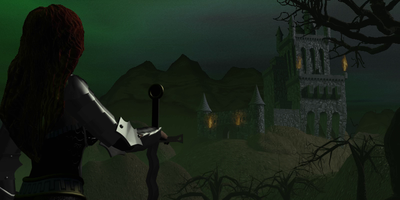 Catherine : What remains of my father's undead army is the Necropolis where he resides. His last legions of undead are significant. I will join this difficult battle, but you will command the field. There is one more order you must follow without question. Lord Haart must not die. He is our traitor. We have confirmed the information the necromancers gave to us. Lord Haart was part of King Vilmar's necromantic cult. With Lord Haart's access to Steadwick, poisoning King Gryphonheart's food was a simple task. Acting on orders from King Vilmar, he sought to avenge the banishment of the necromancers from Erathia. I have special plans for Lord Haart.

To win, you must capture all enemy towns and castles and defeat all enemy heroes, without losing either Queen Catherine or Lord Haart. This is the final battle... good luck! 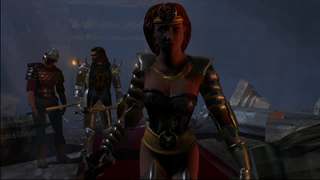 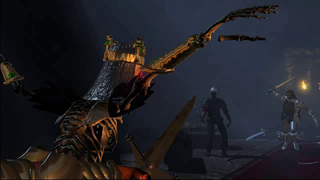 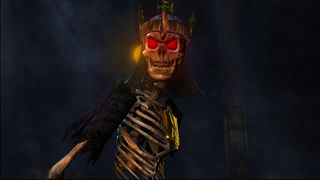 Catherine : Throughout my life, my father emphasized my duty to the kingdom and my duty to justice. Today, I did both, by delivering to my father, Lord Haart, the traitor who poisoned him and imprisoned his soul in an undead corpse.

When I came to Erathia, it was to mourn a great King and a loving father. Your enemies have waged war to prevent me from seeing you one last time. I have driven them from the land. They will not disturb your eternal slumber ever again.

Great victories and great tragedies have marked the Gryphonheart history. Your death brings an end to the Restoration War and the Gryphonheart lineage. I will miss you dearly, father, and think of you often. Rest in peace.