Another group of Necromancers live in this region of Avauntnell along with a small group of former Erathian Militia who have been bribed by the Necromancers to leave them alone. The Necromancers, called the "Hand of Death," have been relatively quiet, and Erathia hasn't realized yet that some of their militia has been bribed, so they have been left alone over the past few decades. 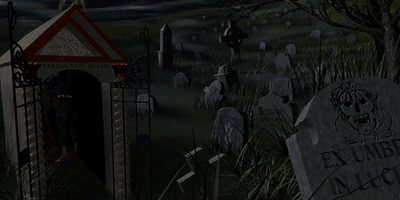 Crag Hack : Now that I gave him the Death Knight's Sword, Sandro wants me to fight some more Necromancers for a shield. More stinking Undead to fight! This is not as much fun as I thought. Grrrr! At least this is the last thing I have to find for that puny Wizard to get my reward.

Seize the Yawning Shield of the Dead from the "Hand of Death" Necromancer cult to win the campaign. However, if Crag Hack is defeated in combat, the scenario is lost. Crag Hack is limited to level 25 but will carry his experience, skills and spells on to his next campaign. 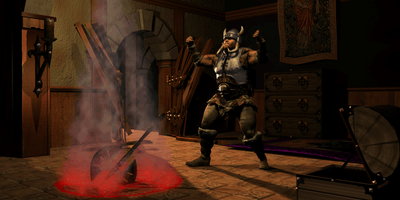 Crag Hack : I've been tricked! The thieving Wizard took off with the artifacts and didn't give me my gold! When I find Sandro I'm going to rip his arms off and shove them down his lying throat! Argggggggggggggh!