We have found a perfect area along Erathia's border from which we can harvest enough creatures for our armies without attracting much notice from the Erathian Military. Build an army, but be quick - we need those troops immediately. 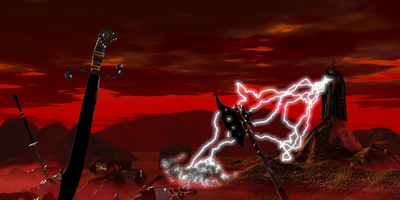 Before we begin our large scale invasion of Erathia, we must fill our ranks. Erathia’s populous will provide the recruits we need. Invade the local region and resurrect the needed troops.

To win, you must have a total of 2500 Skeletons in all your armies within 3 months. Some Border Guards can only be passed if a Hero carries a Quest Artifact from a previous scenario, but the artifact beyond the Border Guard will travel with you to the next scenario.